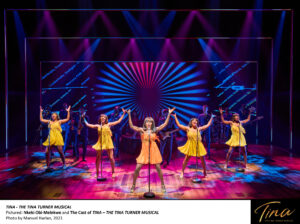 Broadway In Chicago is thrilled to announce that its free SUMMER CONCERT will return to Millennium Park this August for the first time since 2019. The FREE BROADWAY IN CHICAGO SUMMER CONCERT, sponsored by ABC 7 Chicago, will take place on Monday, August 15, 2022 at 6:15 pm at the Jay Pritzker Pavilion in Millennium Park (201 E Randolph St).

The Broadway In Chicago Summer Concert at Millennium Park is presented by the City of Chicago Department of Cultural Affairs and Special Events. Several shows will be performing, including Disney’s The Lion King, Dear Evan Hansen, Wicked, and straight from Broadway, MJ, the brand new 4-time Tony Award-winning musical that offers a rare look at the creative mind and collaborative spirit of Michael Jackson. Additional shows will be announced at a later date.

“Our favorite event of the year finally returns for the first time in three years, and we’re returning with performers from favorite Broadway blockbusters! Enthusiastic theater fans can look forward to seeing performances from our spectacular lineup of upcoming shows. Mark your calendars – this is a night you do not want to miss,” said Eileen LaCario, Vice President of Broadway In Chicago.

The Broadway In Chicago Summer Concert is presented in collaboration with the Department of Cultural Affairs and Special Events. Every summer in Millennium Park, the City of Chicago proudly presents symphonic music, dance, opera, Broadway hits and more—performed by some of Chicago’s best-loved cultural institutions. For the latest news and events, visit millenniumpark.org and follow Millennium Park on Facebook (@MillenniumParkChicago), Twitter, and Instagram (Millennium_Park).

For more information on the Summer Concert and Broadway In Chicago, visit www.BroadwayInChicago.com.