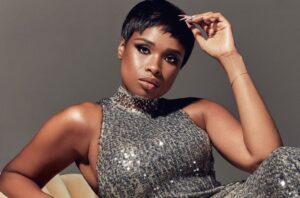 Best Quote: Don’t block your blessings. Don’t let doubt stop you from getting where you want to be.

Jennifer Hudson, a native of the Englewood community, located on the Southside of Chicago is a newly crowned EGOT luminary. This honor is bestowed on award recipients of an Emmy, Grammy, Oscar, and recently a Tony award.

Hudson achieved her Tony award at this year’s ceremony for wearing the hat of Executive Producer of “A Strange Loop”, winning for Best Musical on Broadway. This dynamic talented and gifted entertainer is an alumnus of Dunbar Vocational High School. 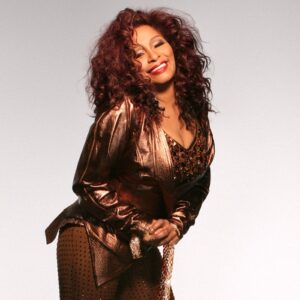 Best Quote: But really, we also need to learn how to love one another as women. How to appreciate and respect each other.

Born Yvette Marie Stevens, Chaka Khan grew up in Hyde Park and eventually became a member of the Chicago Black Panther party chapter. She quit the organization to pursue her singing career and joined several local groups until she landed with the funk band Rufus. In the 1970s, the band Rufus would go on to achieve major success with the band earning several Grammys. Khan would later go solo on Warner Bros. where she will gain superstardom success with hit songs, “I’m Every Woman”, “Ain’t Nobody”, “I Feel For You” and many chart-topping records. The 10- time Grammy-award-winning artist was inducted as an honorary member of Zeta Phi Beta Sorority, Inc. in November 2020. 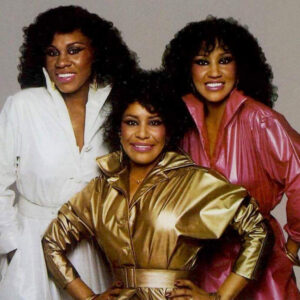 The Emotions, who transitioned from being a Gospel vocal group to an R&B group came from Chicago. The group included sisters—Sheila Hutchinson, Wanda Hutchinson, and Jeanette Hutchinson. The sister trio joined Memphis—based record label, Stax Records and began working with producers Isaac Hayes and David Porter. In 1975, Stax folded, and The Emotions were soon working with Maurice White, founding member of Earth, Wind, and Fire which led them to their first hit song, “Best of My Love”.

They would continue to record several albums throughout the years including White’s label, ARC Records, Red Label, and Motown Records.

Best Quote: Faith and prayer are the vitamins of the soul; man cannot live in health without them. 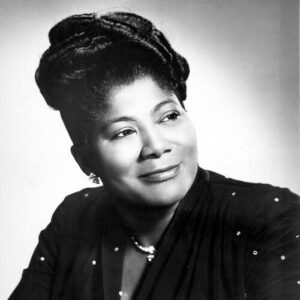 Mahalia Jackson was born October 26, 1911, in New Orleans, Louisiana. She became one of gospel music’s all-time greats, known for her rich, powerful voice that cultivated a global following. Jackson grew up in a Pitt Street shack and started singing at 4 years old in the Mount Moriah Baptist Church. Growing up her musical influences were Ma Rainey and Bessie Smith, although they came from the secular side—their rhythmic movements and powerful vocals would impact her down the road.

Jackson would later relocate to Chicago to study nursing and would join Greater Salem Baptist Church. As a member of the Johnson Gospel singers, she would
begin to work with singer/songwriter, Thomas Dorsey and the rest was history.
Her first major success would garner international acclaim with “Move On Up a Little Higher”. Jackson travel around the world, attracting millions of fans and
appearing several times on network television including her own gospel program on CBS television in 1954. The ‘Mother of Gospel Music’ would become a solid
supporter of the Civil Rights movement—and a close friend and confidant of Dr. Rev. Martin Luther King, Jr. After battling some health challenges, on January 27, 1972, Jackson died from a heart attack. Her legacy has shaped the style and grace of Gospel music today.