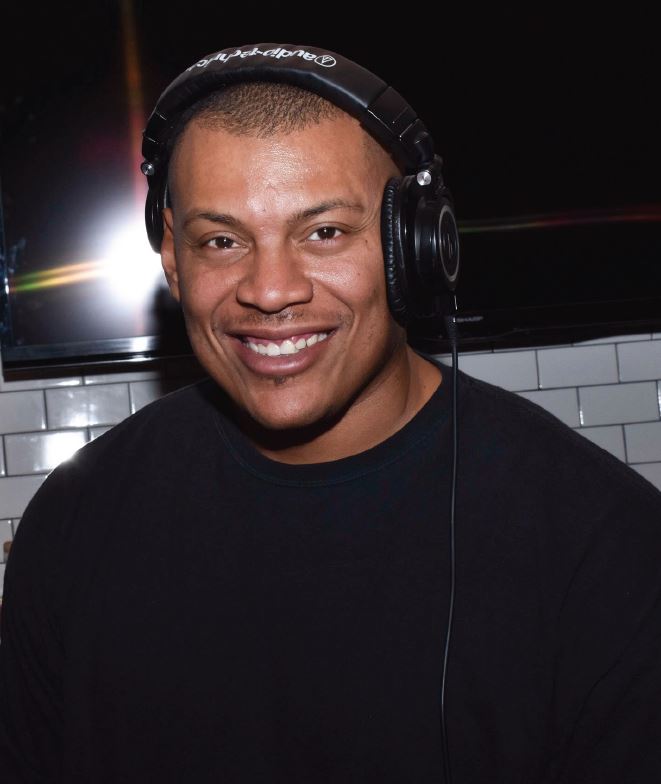 It’s no surprise that from the start of this pandemic, DJs have played a major role in giving us some musical escape. Celebrity DJs such as D-Nice, a member of the legendary hip hop group Boogie Down Productions, captured a diverse sector of ‘who’s who’ and party-goers with his ‘Club Quarantine’ sets drawing unprecedented followers to his IG page.

But, as other DJs followed suit hoping to pull the same high numbers, Facebook’s newsfeed became saturated with folks spinning in their bedrooms and home music studios.

One Chicago DJ would try a simple approach–instead of spinning for the masses–spin for a core group of followers and allow them to reconnect during these COVID times.

DJ Vince Adams is a name that has resonated throughout the party scene for the past 25 years. His reputation is spotless, and one of the few Chicago DJs to personally spin for President Barack Obama. It was no wonder when friends and family were being lured to Instagram every Sunday tuning into celebrity DJ D-Nice, they immediately began to blow up Vince’s phone. The main question folks were asking, ‘Hey Vince, why not do the same thing as D-Nice? We miss your style, and you know what Chicagoans want to hear.’

“I always tell people; we are the deejay capital of the world. I have always felt that. People follow Chicago by our music trends, the club circuit, and talent– the power of a DJ has always led it,” he says, “That’s the first thing out of our mouths, ‘Who’s spinning, who’s spinning?’ Because of this, you’ve seen over the last three decades; corporate America has jumped on the influencer bandwagon of understanding the power of DJs and what they do and how they lead a crowd,” Adams explains.

But he admits the diversity of followers can be based on the various styles DJs bring to the tables. “We’ve also seen in Chicago that DJs are segregated into certain groups–who follows them, which lays out the ‘lay of the land ‘ as to the type of crowd.”

What makes Adams unique in not falling into one is his across the board identity to different cliques. From spinning at underground parties to mainstream radio-driven events to urban professional soirees–his relatability often keeps him working. Not many DJs have the ability to crossover social classes.

Growing up on the Southside of Chicago from a working-class family, Adams began to spin, trying out music on a Commodore turntable his mom bought him as a teenager. Listening to Chicago radio, he fell in love with the weekly mixes of the Hot Mix 5, a mixshow DJ crew featured first on WBMX and later on WGCI FM. His love of music and the variety of influences from House to rap music, Adams would soon be the first in his family to attend college at Florida A & M University.

It would be there at FAMU, Adams would master his ability to patronize a blended campus of students from around the country, bringing their regional influences.

When creating his virtual parties, Adams found Facebook live often kicking him off based on copyright and licensing guidelines by record companies restricting DJs from playing from their catalog. He soon turned to the streaming app, Twitch, as a platform to build his digital venue, which in turn would allow him the creative access to not only DJ the parties but to host them as a promoter.

Almost everyday or evening of the week, Adams is hosting a unique signature event, allowing organizations to invite their members or new followers receiving access to be in the same chat rooms as other notable professionals. From his’ party for a purpose’ events, virtual voter drives, to his interviews for Voices of House and 1-On-One with DJ Vince Adams podcasts, he remains relevant while growing his brand. His interviews have featured artists such as R&B singer/ songwriter Avant; legendary DJs Steve ‘Silk’ Hurley, First Lady, and Terry Hunter.

There is no doubt, the year 2020 has been one of the most stressful years to pass, and DJ Vince Adams’s online parties have become a refuge for people to party in the comforts of their homes around the country.

Adams recalls people who have lost a family member or their job; he says they have told him his digital parties came right on time. “The one compliment that made me pause, was when someone told me that I was an essential worker. I thought ‘Wow, that encapsulates a lot of what is currently going on right now.”