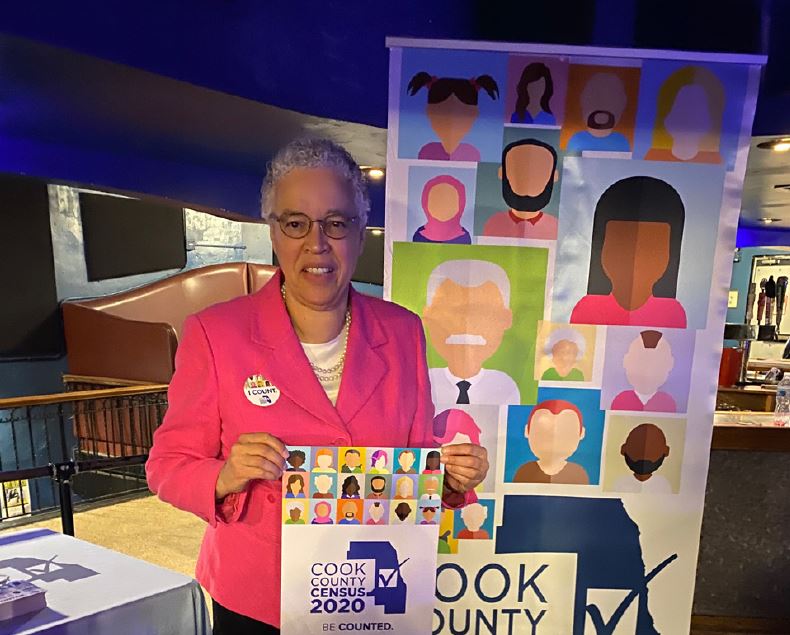 The 2020 Census is not your mom and dad’s census, as it is more than a population count. It’s an opportunity to shape the future of Cook County. With more than 5.1M residents in the County, the data is used to distribute billions in federal funds to local communities in areas such as transportation, health care and affordable housing. Additionally, an accurate census helps ensure fair representation at all levels of government – congressional districts, commissioner districts and wards. And for the first time, in its long history, the Census can be completed online.

Cook County, in an effort to get the most accurate count possible, formed The Cook County Complete Count Census Commission. The Commission is chaired by Commissioner Stanley Moore (4th District) with Commissioners Dennis Deer (2nd District), Alma Anaya (7th District) and Luis Arroyo, Jr. (8th District) serving as vice chairs. Joining them are business and civic leaders from across the County who are committed to ensuring that all of the County’s residents are recorded in this year’s decennial survey.

Of particular concern for the county are those listed as hard-to-count (HTC). HTC communities are those in which less than 73% of the population completed the Census in 2010, and include those living in historically underserved communities, those with language barriers, transient living conditions, immigrant populations, and those who have a distrust of government. Within Cook County that represents about 25% of the total county population of over 5.2M.

In January Cook County approved grants to 69 organizations that will support the County in reaching hard-to-count (HTC) populations during the upcoming 2020 Census. These local municipalities and community-based organizations (CBOs) are focused on community-based education, outreach and assistance efforts for HTC communities. Over $1.5 million in funding has been allotted to organizations across all 17 districts in amounts. Among the groups these grantees will reach are African American, Latinx, Asian, Arabic, Native American, children aged 0 – 5 years old, and disabled residents. A second round of funding will be announced in February. An additional group of grantees will be announced in February to further extend that reach.

“Cook County represents 40% of the population of Illinois and we must ensure that everyone is counted,” said Cook County Board President Preckwinkle. “The Census is so important that it was enshrined in the Constitution with the first Census being taken in 1790.”

“The 2020 Census gives us a once in a decade opportunity to shape the future of Cook County,” said Commissioner Moore. “There is a lot at stake with the Census and our goal is to connect with all the residents of Cook County about the 2020 Census.”

Important Dates
In mid-March, homes across the country will begin receiving invitations to complete the 2020 Census. Once the invitation arrives, you should respond for your home in one of three ways: online, by phone, or by mail.

About the Cook County Census
Obtaining a complete and accurate Census count impacts every individual and community in Cook County. The data is used to distribute billions in federal funds to local communities in areas such as transportation, health care and affordable housing. Additionally, an accurate census helps ensure fair representation at all levels of government – congressional districts, commissioner districts and wards. Starting in April 2020, households will be invited to participate in the 2020 Census, with options for responding including online, mail or phone. By law, the Census Bureau must keep