New this year, advance food & beverage tickets are also on sale at TasteofChicago.us.

The City of Chicago’s Department of Cultural Affairs and Special Events (DCASE) is pleased to announce the full music lineup for the 39th Annual Taste of Chicago presented by DoorDash. The festival will present a diverse mix of chart-topping national and international acts at the Petrillo Music Shell, including Courtney Barnett, Bomba Estéreo, Cultura Profética, De La Soul, The Strumbellas, lovelytheband and India.Arie, with opening performances by Sunflower Bean, Taylor Bennett, Joywave, Meshell Ndegeocello and Bilal. The Goose Island Stage will feature five days of free programming with top local talent. Taste of Chicago will also feature arts and theatre performances, SummerDance, HUSHconcerts and more July 10–14 in Grant Park.

“Taste of Chicago is a summer staple and this year’s music lineup will be more vibrant and diverse than ever,” said Mayor Emanuel. “With our combination of local, national and international talent, Chicago’s incredible culinary and musical culture will be on full display in Grant Park, and promises to be our most successful season yet.”

In addition to premium seating, the Taste Oasis will offer prime concert viewing experience in a lounge setting complete with a private cash bar, complimentary bottled water, appetizers and more from 3 to 9 p.m. at the Petrillo Music Shell. Limited tickets are available for $50. New for 2019, Taste of Chicago food and beverage tickets can also be purchased in advance tasteofchicago.us. The food and beverage tickets are sold in strips of 14 tickets for $10 and can be picked up on site. Admission to Taste of Chicago and lawn seating is free.

Concerts start at 5:30 p.m. on Wednesday through Friday and at 4:30 p.m. on Saturday and Sunday. For a complete schedule, visit tasteofchicago.us.

Australian singer-songwriter Courtney Barnett is known for her witty, deadpan delivery and garage rock-infused sound. Her 2015 debut album, Sometimes I Sit and Think, and Sometimes I Just Sit, was a critical and cult success, earning her several awards and a Best New Artist Grammy® Award nomination. Her most recent release to create buzz is the 2018 album Tell Me How You Really Feel.

Described as “electro tropical” or “psychedelic cumbia,” Bomba Estéreo is named for the Colombian slang for “a really cool, awesome, badass party” according to Simón Mejía, who founded the group in 2005 alongside singer Li Saumet. The group built up a discography of multiple hits and five albums, which include their Grammy® Award-nominated records Amanecer (2015) and Ayo (2017). Their music is known for anthems like “Soy Yo,“  “Fuego,“  “Somos Dos,”  “To My Love“ and the recently-released hit single “Carnavalera.”

Cultura Profética was formed in 1996 with an unwavering fanbase not only within their home Puerto Rico but also around the world. Arguably one of the most important bands in Latin music, Cultura plays with a fusion of rhythms, sounds, atmospheres and lyrics that cannot be classified. They are currently recording their ninth album, celebrating 22 years of timeless music, social impact, borderless unity and freedom of speech.

Formed in 1987, De La Soul changed the landscape of hip hop with their debut 3 Feet High and Rising. For more than 30 years, they have offered songs full of inscrutable samplings, whimsically irreverent lyrics, social commentary, light rhythm, and laid-back rhymes and gained respect within and outside the hip hop community for their contributions to rap, as well as jazz, funk, soul and alternative genres.

Taylor Bennett is a rising hip hop star and the talented younger brother of Grammy® Award-winning artist Chance the Rapper.  He has had tremendous success with the 2015 album Broad Shoulders, the 2017 album The Fader and the recent EP Be Yourself.

The Strumbellas and lovelytheband will co-headline the Petrillo Music Shell.

lovelytheband is a musical trio of vocalist Mitchy Collins, guitarist Jordan Greenwald and drummer Sam Price. The band is best known for their 2017 hit debut single “Broken,” released in 2017, which topped the Billboard Alternative Songs chart among others. In 2018 the band released the single “These Are My Friends” along with their debut album, Finding It Hard to Smile. They have recently released, “Maybe I’m Afraid.”

Joywave, the New York-based indie quintet led by vocalist Daniel Armbruster, apply their trademark irreverence and humor. They are known for their collaboration with electronic music project Big Data on “Dangerous,” which peaked at number one on the Billboard Alternative Songs chart. 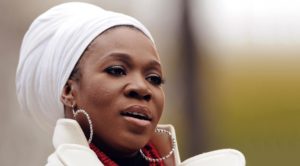 India Arie, the multi-award winning artist, including four Grammy® Awards will bring her 2019 Worthy Tour to Taste of Chicago for the final performance at the Petrillo Music Shell. Released earlier this year, her new album Worthy showcases the singer-songwriter’s perspectives on love, life, and humanity. The album’s hit singles include “That Magic,” the title track “Worthy” and the inspirational “What If” a moving tribute to civil rights activists Dr. Martin Luther King, Rosa Parks and present-day movements like #MeToo.

The multi-talented Meshell Ndegeocello will bring her brand of neo-soul including her latest album, Ventriloquism. The collection of eleven covers that include reimagined versions of “Waterfalls,” “Smooth Operator” and a sultry rendition of “Private Dancer.” Opening the stage on the final day is Bilal, nominated for a Grammy® Award for his 2010 song “Little One.” The singer-songwriter is noted for his new soul sound generated by projects across multiple genres.

The popular Goose Island Stage at the Taste of Chicago will offer five days of performances by Chicago’s best up-and-coming and established artists. The entertainment stage, located at the south end of Taste of Chicago at Columbus and Balbo Streets, is open from noon to 8 p.m. on Wednesday through Friday and 11 a.m. to 8 p.m. on Saturday and Sunday. All Goose Island Stage performances are free.

This year, DJ Mike P will emcee the stage and spin each evening’s final set. Highlights include seven ChicagoMade A&R Audition winners that were selected by a panel of music executives in October 2018.

As part of the Year of Chicago Theatre, and through a generous grant from the Bayless Foundation, the Theatre Garden at Taste of Chicago, will showcase local theater talent with performances by the world-renowned Second City, Porchlight Musical Theatre and other sketch an improve groups. The area will highlight family performances early in the day along with interactive workshops and performances organized by Pocket Con, an annual convention for Chicago youth that highlights comics and illustration work by diverse artists. The Theatre Garden area will be designed by local artists Emmanuel Pratt (Sweet Water Foundation) and Anna Kunz (Columbia College Chicago/Tiger Strikes Asteroid).

Additionally, Chicago’s very own Kit Kat Lounge and Supper Club will present The Mermaid Diva Show on the west side of Buckingham Fountain each day at 3 p.m.

SummerDance at Taste of Chicago

Chicago SummerDance, the largest annual outdoor live music and dancing series in the United States, will move to Buckingham Fountain Plaza during Taste of Chicago, each day of the festival from 5:30 to 8:30 p.m. Dances and music highlights include:

The series typically offers a free, introductory one-hour dance lesson by professional instructors followed by live music and dancing. The House Music night on July 13 will go right into the DJ set, without the dance instruction.

Earlier in the day, everyone is invited to test out the dance floor at Buckingham Fountain Plaza daily from 11 a.m. to 4 p.m. at a silent disco powered by HUSHconcerts. After getting a set of headphones, participants dance along to tunes from one of two DJs spinning different genres.

Families and kids will enjoy the Taste of Chicago Playground located on the west side of Columbus Drive. Back this year is the Ferris Wheel along with an array of inflatables for kids. Tickets for rides will be available for purchase on site.

The music and entertainment announcement comes weeks after Taste of Chicago previously announced the culinary lineup and new presenting sponsor DoorDash, the largest and fastest-growing on-demand destination for door-to-door delivery in more than 4,000 cities in the United States and Canada. DoorDash connects Chicagoans with their favorite stores and restaurants, including many restaurants participating in this year’s Taste of Chicago festival.

The 39th Annual Taste of Chicago is July 10–14 in Grant Park with hours 11 a.m.–9 p.m., Wednesday–Friday, and 10 a.m.–9 p.m., Saturday and Sunday. For more information on the FREE-admission festival, visit tasteofchicago.us. To plan your trip to Chicago, visit choosechicago.com. Join the conversation on Facebook at Taste of Chicago and follow us on Twitter @TasteofChi and Instagram @ChicagoDCASE (#TasteofChicago).

DoorDash is a technology company that connects customers with their favorite local and national businesses in over 4,000 cities and all 50 states across the United States and Canada. Founded in 2013, DoorDash empowers merchants to grow their businesses by offering on-demand delivery, data-driven insights, and better in-store efficiency, providing delightful experiences from door to door. DoorDash Drive is the last-mile logistics platform that powers direct delivery for any business. By building the last-mile delivery infrastructure for local cities, DoorDash is bringing communities closer, one doorstep at a time. Read more on the DoorDash blog or at doordash.com

Founded in 1914, the Illinois Restaurant Association is a non-profit organization dedicated to promoting, protecting, educating and improving the restaurant industry in Illinois. The Association manages the food and beverage portion of Taste of Chicago for the Department of Cultural Affairs and Special Events. Visit illinoisrestaurants.organd follow on Facebook, Twitter, and Instagram.

The Department of Cultural Affairs and Special Events (DCASE) is dedicated to enriching Chicago’s artistic vitality and cultural vibrancy. This includes fostering the development of Chicago’s non-profit arts sector, independent working artists and for-profit arts businesses; providing a framework to guide the City’s future cultural and economic growth, via the 2012 Chicago Cultural Plan; marketing the City’s cultural assets to a worldwide audience; and presenting high-quality, free and affordable cultural programs for residents and visitors.