Footprints of My Ancestors: The Real Legacy of the Chicago Defender

Today is officially the first week that the Chicago Defender Newspaper has not printed in over 114 years. The headline, “Legendary Black Newspaper Prints Last Copy” hit me like a ton of bricks last week. Those few words carry the weight of a century. I am heartbroken, yet I continue to work daily to carry this legacy forward for our next generation.

Robert S. Abbott (founder,1905) and his successor, John H. H. Sengstacke, publishers of the Chicago Defender, carried a purpose and commitment greater than themselves. Their advocacy for justice and the determination to be a voice for those who were unheard is why the Chicago Defender had such a major impact. They were the ‘fire in the belly’ type of publishers that would merit the continued printing of a daily newspaper even in today’s digital age.

I am clear that a majority of readers receive their news online, however, print publications still serve as a tangible record, relevant critical filter and source of authoritative news. There are still newspapers in print that are thriving. There are several others, facing major challenges trying to survive solely with online advertising revenue. 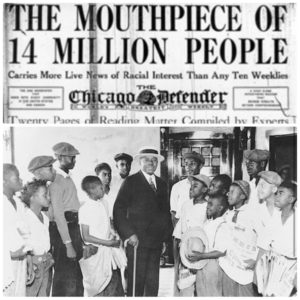 Growing up, I recall the proudest accomplishment of my grandfather, John H.H. Sengstacke, was how he transitioned the newspaper from a weekly to the Chicago Daily Defender in 1956.

For generations, the Chicago Defender has been there. A rock, a refuge, and a reminder of a connection so deep that the sadness many of us felt hearing this news needed no explanation within the Black community.

As news reports came in about this development, it became apparent to us how many people are not aware of the Sengstacke family legacy in the newspaper publishing business. A large part includes 90 years of producing the Bud Billiken Parade.

Earlier this year we renamed the Chicago Defender Charities, founded by my grandfather in 1945. We decided to name it after my great-grand uncle, the Defender’s founder and publisher, the Robert Sengstacke Abbott Foundation. We maintained ownership of the Bud Billiken Parade and hundreds of thousands of historical archives long after our family was forced to sell the newspaper in 2002. 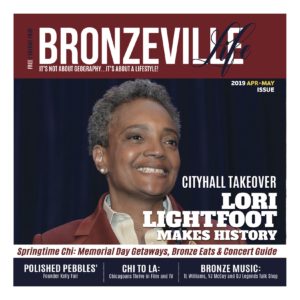 As the fifth generation of the Sengstacke family of publishers, I am proud to continue our publishing roots by celebrating the first anniversary of Bronzeville Life, a bi-monthly publication online and ‘in print.’ The celebration will take place as part of the 90th Bud Billiken Parade on August 10, 2019.

Robert S. Abbott established a way of thinking that transcended everyday problems and focused on solutions. He had a vision for the future, diligently and lovingly preparing his nephew and successor, John H.H. Sengstacke, for over a decade before passing the torch and transitioning in 1940.

During an era where Black newspaper publishers rarely had the ear of U.S. Presidents—Sengstacke had the ear of Franklin Delano Roosevelt, Harry S. Truman, John F. Kennedy and Lyndon B. Johnson. In his efforts to diversify the White House press room, he arranged for the first African American correspondent in White House history, Harry McAlpin in 1944. From fighting for the integration of the U.S. Armed Forces, fair housing, healthcare, education and employment for Black Americans—Sengstacke was a persistent voice for change. 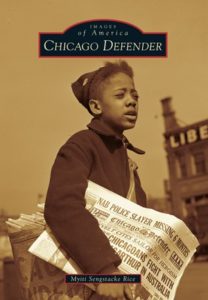 Six decades under Sengstacke’s leadership, through his influence, courage, and sheer determination, his accomplishments and contributions to humanity are far too many to mention here. Throughout his tenure and under his leadership, the Defender was printed daily until soon after his passing in 1997. Johnson Publishing Company (Ebony and Jet Magazine) founder John H. Johnson always acknowledged the support John Sengstacke gave him in his efforts to start his own publishing company. Another heartbreaking development comes with the recent news of the auctioning of the Johnson Publishing Company’s archives.

My grandfather set an example to follow, and in our family, we take this legacy seriously. I recall in everyday conversations he would drop gems like,” Don’t get mad, get smart.” The Chicago Defender was a publication that influenced millions of people to migrate from the South to the North during the Jim Crow era. The Defender, now unavailable in print, represents a loss. Consciousness of the Defender legacy represents an awakening, an opportunity, and a call to action in the “When They See Us” era.

With the help of a dedicated, hardworking team, we are carrying on the work begun by Robert S. Abbott in 1905 and so valiantly continued by John H.H. Sengstacke. This latest is not the end; it is the beginning of a new era of cultural excellence, empowerment, and engagement in Black media.