Since the early days of Jean Baptiste Point du Sable settling down to open the first trading post along the Chicago River around the 1780s to found our great city, Chicago—little did he know he would build the blueprint of entrepreneurship for generations to follow. During the post Reconstruction era, freed Blacks and newly freed slaves found their footing into a new world of possibilities. Many turned years of entrapped labor into jewels of skilled compensation. From farming their lands to transforming Black meccas within their community—it was met with both challenges and triumphs.

The new two-hour documentary BOSS: THE BLACK EXPERIENCE IN BUSINESS traces the lives of African American entrepreneurs from Chicago and around the country over 150 years, from those bound by bondage to moguls at the top of million-dollar empires. The film, which includes the inspiring stories of Robert Abbott and the creation of The Chicago Defender newspaper; the rise of the Johnson Publishing empire (Ebony and Jet magazines) and its charismatic founder John H. Johnson; haircare innovators and early self-made millionaires Annie Malone and Madam C.J. Walker; and John B. Rogers, founder and CEO of Chicago’s Ariel Investments (who is interviewed in the film), premieres on WTTW11 and wttw.com on Tuesday, April 23 at 8:00 pm.

Directed by Peabody and Emmy Award-winning filmmaker Stanley Nelson (Tell Them We Are Rising: The Story of Historically Black Colleges, The Black Panthers: Vanguard of the Revolution and Freedom Summer), the film highlights resilience and resistance within the Black American experience in the face of racial hostility and violence, economic exclusion, segregation and discrimination.

Nelson who is both the directory and producer on this film says, “WMET PBS first approached me in New York. They said they were thinking about doing a film about African Americans in business. I immediately said, ‘I’m in; that sounds great!’ I jumped at it, and we raised some money and started the film. It was the idea of Julieanna Richardson, another Chicagoan whose over The HistoryMakers.”

The film is produced by Firelight Films for THIRTEEN Productions LLC, in association with The HistoryMakers, the nation’s largest African American video oral history archive. Traci Curry is the producer, and Marcia Smith is the writer. Tamara Tunie narrates the film. For The HistoryMakers: Julieanna Richardson is co-executive producer. For THIRTEEN: Lesley Norman is executive producer. Benjamin Phelps is coordinating producer, and Stephen Segaller is executive in charge. 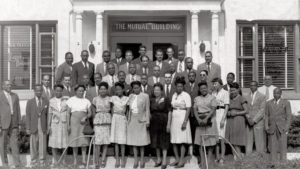 The world of Black entrepreneurship has always held a deep interest in Nelson. “The first film I ever made was “Two Dollars and A Dream” it’s about Madam C.J. Walker. Of course, she got her start with Chicagoan, Annie Malone, and this story is told in that film,” he explains.

For the past two decades, Black-owned companies who at one time set the standard for African Americans to pursue self-ownership have succumbed to the ever-changing marketplace—closing their doors or selling off their companies. As legacy brands take a backseat, a new generation of African American entrepreneurs has started a new movement of ‘Black-owned’ pride among consumers.

Nelson says it’s that same persistence and determination which has resonated throughout the last century.

“I’m not sure if that’s much difference. I think industries have changed. The large part of our history—after enslavement—African Americans sold products and had businesses which catered to African Americans. Over time that’s changed. In the film, we talked about how these changes were with Motown who made a conscious effort to sell Black music to the world. Right now, we’re living in this tech revolution. There are so many tech companies—the tech space is the new industry where the money is made,” says Nelson.

With women playing a significant role in the fastest growing group in the entrepreneurial field, expect to see some familiar faces featured in the documentary.

“That’s one of the things we made sure. Two of the producers were women, so they were very conscious. The film starts with Ursula Burns who went to Xerox as an intern and worked her way to be the executive assistant to the President and then becomes the President. The first African American woman to head up a Fortune 500 company. We profiled Cathy Hughes who is the founder of TV One and Radio One,” said Nelson. In profiling many of the country’s trailblazers in business, they had a significant factor in common. 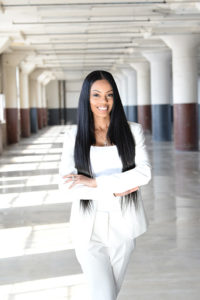 “One of the things that happen, many times entrepreneurs come because of the need. African Americans and especially Black women have seen there is a ceiling above their heads so many times when working for other people, they eventually say, ‘Let me work for myself.’. Sometimes, the sad part of discrimination also leads to entrepreneurship,” he said.

In addition to the premiere of BOSS: THE BLACK EXPERIENCE IN BUSINESS, WTTW will also release three digital videos – on wttw.com and WTTW’s social platforms – profiling young Chicago-area black entrepreneurs Joe Robinson, founder of Fat Tiger Workshop, which uses creatively designed t-shirts to engage with pop culture and inspire youth; Monique Rodriguez, founder of the successful Mielle haircare line; and Eric Williams, creator of The Silver Room, a Hyde Park retail emporium and arts collaborative that engages with his community through events, including an annual block party to raise the profile of other local businesses.