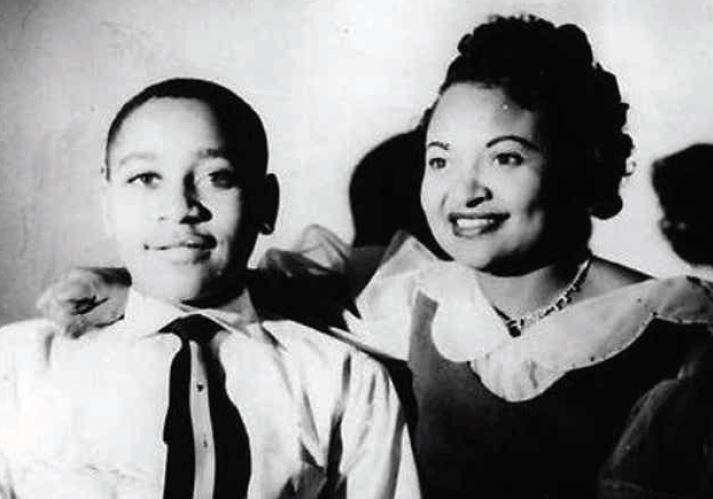 On a hot and muggy night on August 28, 1955, Roy Bryant and his brother J.W. Milam decided to kidnap and mercilessly murdered a Black teenage boy in Money, Mississippi. Visiting family over the summer, Emmett Till, accused by a white female store clerk of whistling and flirting with her. The white woman, Carolyn Bryant, would lie about the incident to her husband, who decided to take matters into his own hands–viciously killing the 14-year-old from Chicago.

Mamie Till, a single mother, raised Emmett and worked long hours. After agreeing to let her son spend time in Mississippi with his great uncle and cousins, little, did she know her world was about to change for the rest of her life.

Sixty-five years later, it is still hard to recount the events without her voice breaking and tears swelling up. It is a deep wound that never healed for their family.

“Mamie cried every day of her life. As a teacher, she would sit in her classroom and cry. Her students would notice. She would cry and often say, ‘the tears were the relief of some of the pain.’ She cried from the day Emmett’s murder to the day she had her last breath. It impacted her mentally, physically, and spiritually,” says Gordon. “My aunt went from a small woman to gain 300 pounds and later developed diabetes.”

Gordon remembers, “The loss of her son had affected her entire life. Even though she taught us not to hate and to love, it was a pain in her heart that only mothers could feel. It hurts when you lose a child by natural death, but when you lose a child in such a cruel way–she hurt every day.” She often says Till-Mobley could hear her son’s screams and cries, and it would haunt her.

“Mamie taught Emmett to whistle because he had polio as a child, and he stuttered terribly. She taught him to whistle so he could break his breath and get his words out. Over the years, Mamie often wonde 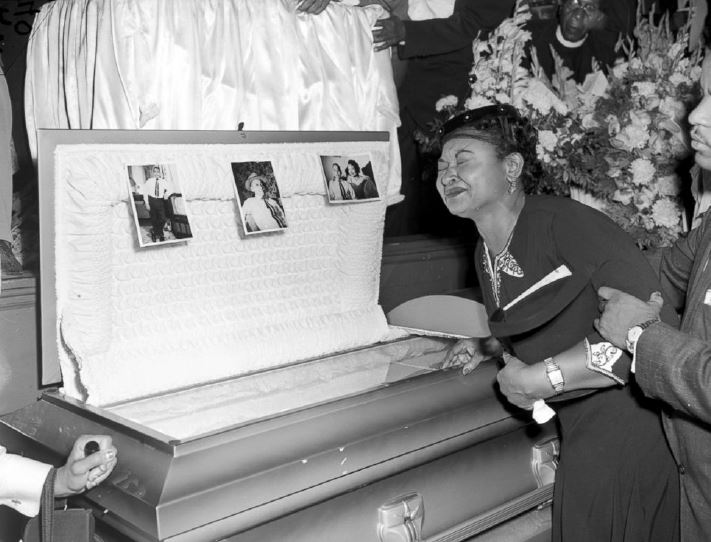 red if that is what happened to him in that Mississippi grocery store. She never said that publicly,” recalls Gordon.

Recently, Ollie Gordon took over as Executive Director for the Mamie Till- Mobley Foundation after her daughter, community activist, Airicka Gordon- Taylor. Airicka co-founded the foundation and her mother but led the organization and its mission to preserve Emmett and Mamie Till-Mobley’s legacy. Two weeks after they traveled to Washington, D.C., to witness Congress passing the Emmett Till Anti-lynching Act, Airicka passed away in mid-March after a long illness. Over the last few years, the foundation has brought together a budding movement of families who mobilized their voices to fight against violence and police brutality for loved ones lost.

Unfortunately, Gordon would feel the loss of a child–much like Mamie.

“I felt that kind of suffering before I lost my child,” quietly Gordon says. “I could remember those screams in Mamie’s house. Emmett’s death was the first loss that my older brother and I had dealt with as children. We had issues in the home that people weren’t privy to, such as hate mail coming to the house. There were threats on our life, and we had a guard outside of the home,” she said.

It was more apparent than ever for Emmett’s mother to make sure her son’s death did not go unnoticed.

“The mother wasn’t thinking that far, she wanted the world to feel what they had done to her son. Not only her son, but there had also been many victims lynched before Emmett. At last, the world could see what had been going on for decades in Mississippi, and Emmett was a child. It was insane at what had been going on for years, and because of television, it was like the internet is to us today. They were able to get this out to the world at a faster speed than traditional newspapers and magazines,” Gordon says.

As the only living first cousin of Till, Gordon is determined to speak out against racism and speak up for social justice.

At 72, she doesn’t hold her tongue on the country’s current social unrest, “No justice, no peace. I had a hard time after George Floyd’s death. I couldn’t look at the footage– how they just lynched him. The police stayed on his neck until there was no breath. The only difference is that he wasn’t hanging from a tree. Sixty-five years later, it reminded me of Emmett–how they tortured and killed him and got away with it.”

Taking a deep breath and reflecting, Gordon says, “No one could imagine the impact Emmett’s death had in America and how George Floyd’s death impacted the world. Thank God it did have an impact because there can be retribution when sometimes there isn’t always justice.”