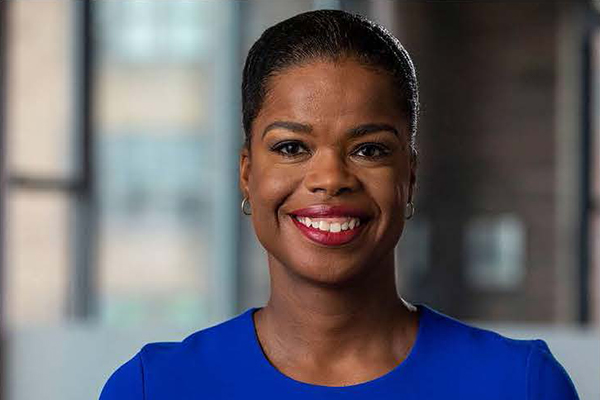 Kim Foxx is challenging a system where there are more African Americans under correctional control than were enslaved in 1850, a decade before the Civil War began. She took on a monumental challenge which resulted in a reduction in incarceration rates. On October 2019 the Marshall Project provided evidence that Foxx turned away more than 5,000 cases that would have been pursued by previous State’s Attorney Anita Alvarez, mostly by declining to prosecute low-level shoplifting and drug offenses and by diverting more cases to alternative treatment programs. Foxx also stopped prosecuting people with suspended licenses for the failure to pay their tickets causing an upset to the members of the Fraternal Order of Police and suburban police departments. This initiative meant that resources had to be diverted to real criminal cases and not numerous license violations.

On December 11, 2019, Kim Foxx managed to vacate over 1,200 marijuana convictions. “It was absolutely imperative to me that we did that before the legalization of marijuana on January 1, because I could not in good conscience allow people to stand in line to buy a product in which people were serving or have served time for.” Growing up in the Chicago housing projects of Cabrini Green, Kim Foxx had first-hand experience knowing that she was part of a system that was in dire need of change. She spent her career fighting for children and families like the ones she grew up with. Long before taking office in 2016, Kim Foxx had been fighting for criminal justice reform to end the laws that maintain racial disparities.

Three years ago Foxx initiated the License to Work Act law, a law recently signed by Governor J.B. Pritzker to help drivers by taking away suspension for non-moving violations giving 55,000 people in Illinois their reinstated licenses. “People who live in neighborhoods most impacted have very little trust in the justice system so we started out doing two things at once, criminal justice reform and public safety, understanding that the two are interlocked. Thousands of people who are in Cook County jail, not because they were a threat to the public, not because they were a flight risk, but because they were too poor to post bond,” said Foxx. Kim Foxx has been working on bond issues since 2013 while working for Cook County Board President Toni Preckwinckle, “trying to shrink the jail population that housed 10,500 people in the jail on any given day. We’ve been under federal consent decree for 40 years for overcrowding.” Foxx talked about visiting the Cook County jail in the late 80’s as part of the “scared straight” initiative, “scared me straight all the way to the Illinois State’s Attorney position.”

After her first year in office, Foxx released six years of data outlining what happened in every felony brought to her office. A courageous move that turned the lens on the decision-making of prosecutors and its impact.

So far her vow to bring more accountability to shootings by police, while also reducing unnecessary prosecutions for low-level, non-violent crimes, is being fulfilled.

So why the push-back?
Foxx discussed the threats that she has received after the Jussie Smolett case. She spoke of a big march in front of her house, visited by four different white nationalist groups. “I received a barrage of hate mail, not just about that case, but because of my mere presence in this race.”

Over a year ago, television actor Jussie Smollett alleged that he was attacked and beaten at night in downtown Chicago by two racist and homophobic masked men. A $135,000.00 investigation by Chicago police concluded that the entire story was untrue. Foxx’s office charged Smollett with 16 counts of disorderly conduct for filing a false police report, but later dropped the charges.

Enter Bill Conway who is currently running against Kim Foxx and has spent millions of campaign fundson advertising that constantly bring up the Smollett case.

“It is disappointing to see the continued replay of the Jussie Smollett case perpetrated by our opponents, especially Bill Conway. He’s the candidate groomed by daddy’s money and the Carlyle Group to be the next Cook County State’s Attorney.” said Foxx.

It is important to note that Bill Conway gets his campaign funds from his father, billionaire William Conway, and other executives at Carlyle Group, a Washington investment firm known for parlaying political contacts. They’ve donated roughly $5 million so far to the younger Conway’s campaign. George H.W. Bush and former U.S. Defense Secretary Frank Carlucci, were both on payroll at one point.

Foxx’s Communications Advisor Sylvia Ewing weighed in, “His reliance on promoting the Jussie Smollett story and his encore exploitation of Candace Clark, using scandalous headlines and fear for profit. He has been aided by a media willing to overlook the hidden hand of Carlyle funding in paid digital ads keeping a Hollywood headline story in front of mind. Bill Conway has shown himself to be willing to shift personas from war hero to white savior to get elected.

Foxx said that she welcomes the Smollett discussion and is up for the challenge of any question that arises about how she handled the matter. “It’s unfortunate that the narrative is about Jussie Smollett and not about those nameless, faceless people and the trauma that they have to live with, and the trauma that they are enduring, people who don’t have resources. There are real grieving hurting families. I want to hear their traumas, worries, and concerns. I want to have a justice system that’s just as accountable for names we will never know. That is my responsibility. That is the pledge that I give to them.”

What’s Next?
“We are just getting started. Although the marijuana legislation is historical, and the conviction integrity work is putting us on the map, there are still too many communities ravaged by violence. There are too many communities that don’t see their full potential, and too many where the use of our resources is going in the wrong places.”

“I am just like the people who come up in our system…I have more in common with the people in our criminal justice system than the eight hundred lawyers that work there,” said Foxx.

Her election is on March 17, 2020. Kim Foxx has demonstrated courage to challenge the trajectory of criminal justice reform and public safety.

Go out and vote on March 17, 2020! For more information about Cook County State’s Attorney Kim Foxx go to www.kimfoxx.com.