THE HISTORY OF THE 1ST CONGRESSIONAL DISTRICT: Who Will Carry The Torch?

With the midterms right around the corner and the Illinois primary set for June 28, there is no question, that one of the most-watched races is the 1st Congressional District. Before Congressman Bobby Rush’s announcement of not seeking re-election in January—there were challengers hoping to jump in the race against the incumbent
last summer. Now, there are 21 candidates vying for the seat he has retained for 30 years.

The 1st Congressional of Illinois is one of the most historical districts in the state. Its transformation from the first elected member of Congress, Charles Slade a member of the Jacksonia Party who served from 1833 – 1834 to the U.S. Representatives’
first Black member, and Republican Congressman Oscar De Priest. De Priest was elected in 1928 and served until January 1935. At the time, the district was confined to the city of Chicago and included portions of downtown, Bronzeville, Bridgeport, and Woodlawn communities.

Redistricting for Congressional districts in Illinois would take hold for the 1948 elections and the 1st Congressional district would be home to the city’s Southside Black residents. Throughout the next 50 years, the district would take shape with
several redistricting efforts during Democratic Congressman William Dawson’s 14 terms as African Americans were gradually pushed further south in the 1960s into the 1970s. Dawson would maintain a great deal of the Southside that
would span from Cermak Rd. in the low-end and as far south as 103rd along Stony Island to the Calumet Expressway (Bishop Ford). Not seeking a 15th term, Dawson’s reign would end when he died in 1970 while serving in office one week before the election.

In 1970, two-time Olympian and four-term alderman, Ralph Metcalfe was elected and served as the U.S. Representative from 1971 to October 1976. Metcalfe gained global notoriety at the 1932 and 1936 Olympics where he would earn silver medals in the 100-meter dash and gold medals in the relay. A graduate of Marquette University—he would go on to teach political science and coach track and field at Xavier University in New Orleans. Metcalfe was considered a champion of his constituents and was well-respected among his colleagues. He was the co-founder of the Congressional Black Caucus (CBC) and was known for his stance against police brutality by the Chicago Police Department. In 1976, he would suffer a heart attack and passed away before his term ended in 1978.

Congressman Bennett Stewart would serve one term, losing re-election to then-State Senator Harold Washington. Washington was elected to serve the district from January 1981 to April 1983. After winning a second term, he resigned to become the mayor of Chicago. Although Washington served a short time in Congress, he was one of the most significant African American figures in Chicago politics. The seat he vacated allowed Charles A. Hayes to finish Washington’s term and set the stage for Hayes for the next 10 years in Congress.

The Rush Era Comes to An End 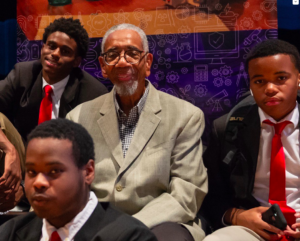 In 1992, Illinois Black Panther Chapter co-founder and two-term Alderman, Bobby L. Rush would defeat Hayes and become the 28th U.S. House of Representative for the 1st Congressional District. Rush’s outspoken bravado against racial injustice,
affordable housing, and health disparities would help build consistent support throughout the next 15 terms in Congress. In 1993, the district would expand further south and into the south suburbs with redistricting changes every 10 years.

Rush has built an impressive and at times, controversial career during his time in office. An ordained minister, he walks a delicate balance between his faith and growing issues within the district. His decision to not seek re-election was surprising to many but a relief to the naysayers who often criticized the 75-year-old for not
grooming a successor. Rush serves on the Energy and Commerce Committee where he chairs the Subcommittee on Energy; serves on the Subcommittee on Consumer Protection and Commerce, and the House of Agriculture Committee.

Over the last three decades, Rush has solidly advocated for victims and families who suffered from gun violence pushing for strict gun reform legislation in Congress. But one of his biggest moments was recently sponsoring the Emmett
Till Anti-Lynching Act, passed both the House and Senate in March—after decades of efforts by community leaders and public officials. But don’t look far, Rush is seeking re-election to retain his State Central Committeeman seat for the Illinois Democratic party which continues to give him input on party decisions and leverage.

A new chapter will begin as the race to win the 1st Congressional seat has attracted 17 candidates on the ballot. With 17 Democratic and four Republican prospects—historically the district has elected a Democrat for the past 120 years. Although
the new map will reflect municipalities such as Mokena, Elwood, Manhattan, and Bourbonnais will lean more Republican—the district heavily leans blue. The winner of the Democratic primary will most likely win the General election, becoming
the 29th U.S. Representative for the district.

Meet the Candidates (As listed in Ballot Order)

Chris and his team brought together a group of parent advocates, local entrepreneurs, service providers, and leading philanthropists to launch Parent
Power Chicago, is an organization dedicated to empowering parents to lead their
children to success. And in the midst of a tumultuous Trump administration, Chris helped launch a movement called the AND Campaign to clarify the role of the church in fighting for justice, equity, and order. 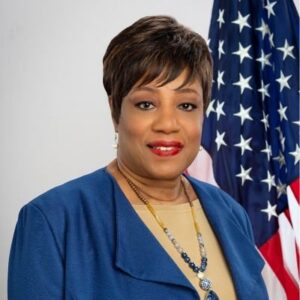 Pat Dowell was elected as Alderman of the Third Ward of Chicago in 2007. She is currently the Chair of the Chicago City Council Budget Committee. Ald. Dowell has served as a social worker, an administrator of several large and small not-for-profits, and a university instructor. She has an extensive background in urban planning and
community development and civic engagement.

As the founder and CEO of the city’s fastest-growing social impact organization, My Block My Hood My City, Jahmal is the creator of an exposure-based education program for teens and a network of volunteer initiatives that serve Chicago communities year-round. 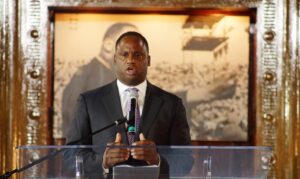 My DNA is built around fighting for social change. Dr. Martin Luther King Jr. was my Godfather, and I am honored with the middle name of Luther. I carry it very proudly because of who Dr. King was to this world and more personal to me and my family.

My belief is that investment in mental health and skill development through educational programming is a catalyst toward securing economic self-sufficiency and self-determination in our communities. Self-determination is very important to me. Through personal experiences saw how people not from the South-Side viewed the South-Side. 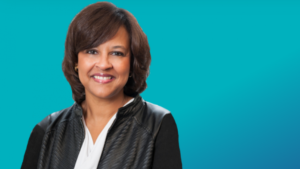 The majority of my career has been in workforce development, where I created public-private partnerships to connect jobseekers to quality, good-paying careers in
Chicago and Cook County. We placed more than 100,000 people – many with
significant barriers to employment – in jobs that pay wages where people can not only survive but thrive. I’m going to take that expertise to Congress to continue to invest in creating jobs right here in the 1st District.

I am an Ordained Apostolic Pentecostal Minister since July 9th, 1999. I believe in Almighty God and the Lord Jesus Christ. “When the righteous are in authority, the people rejoice: But when the wicked beareth rule, the people mourn.”

She aims to promote legislation that preserves our constitutional rights, provides economic resources to revive the economy, and prioritizes affordable housing, adequate healthcare, and education. Her goal is to provide people with resources to curtail violence and promote peace, engaging, educating, and empowering them.

Jacqui has been serving the people of Illinois since 1983 when she registered voters to elect Chicago Mayor Harold Washington. A former journalist and Emmy award-nominated editor at CBS-TV, Senator Collins has fought for economic and social welfare policies that reduce inequality, expand opportunities and strengthen
communities.

“I am dedicated to dismantling systems that have led to rampant unchecked inequity. These inequities spread to all facets of life especially education.” 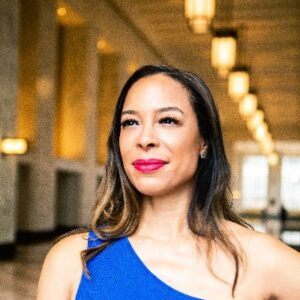 Nykea was born and raised on the Southside of Chicago, where she also spent many years raising her late son Xavier as a single mother. As she worked to make ends meet, she learned just how hard it was to find adequate housing for her young family.
She saw that struggle happen for far too many other families in our community, so she dedicated herself to advocating for affordable housing in the communities. Today, she’s become one of the most successful realtors in Chicago and throughout state.

Dr. Ameena Matthews has dedicated her life to advocating and fighting for social change in our communities. In 2006, Dr. Ameena started working with Cease Fire (now known as Cure Violence) as a violence interrupter. Dr. Ameena formed Pause for Peace. Pause for Peace focuses on proactive approaches to violence, including
programming for kids. Dr. Ameena also did security and restorative justice work with iGrow, which focuses on building safe communities in Englewood. Dr. Ameena has also partnered with many community groups as a mentor on setting up restorative justice programs. 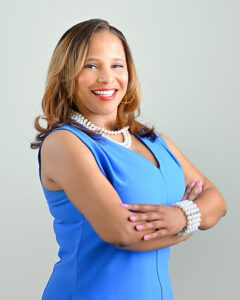 Her focus is on increasing economic development through employment, education,
strengthening families/ households, and community building. She is committed to ensuring that the 1st district will have all the resources and policies needed to build and sustain its community for now and future generations. 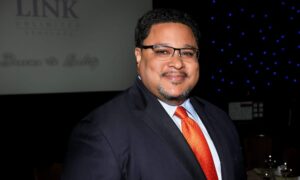 Jeff Regnier is a Conservative Republican, a father, and a strong supporter of our Constitution. He is a small business owner who has built his business to provide a better future for his children, meanwhile providing well-paying jobs to the community. He started working construction building parks in low-income neighborhoods.