Eric Roberson: The Meaning of Music and Fatherhood

The number of singers finding a way to stand out among a vast pool of talent is mind-bogglingly. With the sudden comeback of televised talent shows on almost every major network competing for viewership with the influence of social media appeal—the
pressure is on thick.

However, the formula for artists who focus on substance over the status quo—may have a longer climb—but they build lasting endurance to maintain and develop a successful career.

No one understands this better than Grammy nominated singer and songwriter, Eric Roberson who has been a quiet storm in the business since he was first signed to Warner Bros. Records at 19. He soon found himself in the wave of unreleased artists—leading up to his return to Howard University where he cultivated his craft along with fellow classmates. Roberson gradually worked his way onto various projects as a songwriter and soon began to release music independently, touring—eventually building a loyal following that would sell out venues around the country.

Chicago has become a strong market for him without little radio airplay. He’s released 15 albums thus far and no sign of slowing down.

Bronzeville Life sat down with Roberson while he shot his new music video, directed and produced by Chicago filmmakers Chris Adams and Blaque.

Why is Chicago such a popular market for you over the years?

It’s been a blessing; I won’t take that for granted. I remember my early shows in Chicago in front of a small crowd, and I
am very grateful. We built it with the help of people from Chicago. I think the practice of people bringing their friends and introducing them to the shows. I don’t take that for granted. “Where Do I Go From Here” feat. Lalah Hathaway was my first time working with Chris and Blaque, filming it here in Chicago. Growing up in New Jersey, who influenced you musically?
My influence evolves with the three different acts, but it changes when you hear an artist or you see a culture which Chicago 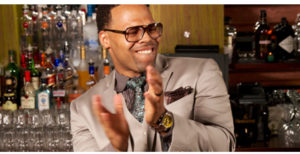 has, and it immediately changes you. They were a Tribe Called Quest, Stevie Wonder and Commissioned. That’s my gumbo of my influences—my start. Each of them has a significant impact on me creatively. Being in New Jersey and discovering House music and Chicago House music, hip hop, Blues—all of these things make you take left turns. I always say I make honest music because I can’t just call it R&B or Soul—I do what I love and whatever I’m doing at the time. I’m always a fan of the culture—attending Howard University and seeing Go-Go music. Seeing the Swing or the ‘mud-feel’ of New Orleans’ Jazz. Whenever I hear new things—my ears go up.

Why is it vital for you to stay an independent as an artist?

Being a songwriter and working on so many projects, I wrote on so many artists projects who I thought would be thenext Maxwell, Erykah Badu or Lauryn Hill and that music never came out. I thought major record deals were always a guarantee and that it was ‘peachy.’ As well as I had friends who sold millions of albums but weren’t happy musically. When I started making independent music, Dwele was making indie music, KEM was an indie at the time. Many artists was putting out music—I wasn’t the first one. The difference was if you sold a certain amount, majors were watching to see if a deal could be cut. At this point, I thought what would happen if I stayed on this path? I knew all of the A&R folks.

Tell us about your new album, what can we expect from the project?

It’s available for my Process group [fan membership club]. They inspired me to name it LNS—Late Night Sessions. It’s probably a more sensual and aggressive album than my previous albums. We had a lot of fun making it which felt really good. There are ten songs, and it’ll be released publicly in July. We created it privately but it grew into a much bigger project. I’m pleased with this album just as much as any other albums I’ve done. 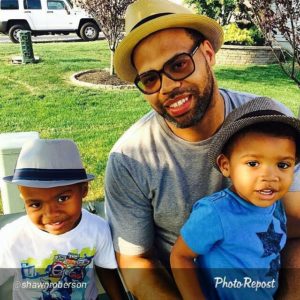 With Father’s Day coming up, what makes being a father special for you?

The opportunity to be like my dad. My dad being my soccer coach or taking me to choir rehearsal or being in the stands, rooting me on at football games. The road trips to North Carolina to see family. We recently drove to Virginia and the one up is my oldest son having those private conversations reminded me of my dad and me. I aspire to be a great dad like I want to be a great artist. I have three sons, so I have three chances. (laughs) They’re amazing, they’re getting big and bad like they’re supposed to be. I see myself in them, but I also see my wife in them. It’s crazy because you think to yourself how I did that and at the same time my children are around the music. I see them mimic me. My three-year-old will hold up his hand the same way as me and hold the microphone. So, you have to be careful about how to carry yourself because they are watching.