For the past year, radio listeners have tuned in to a mix of African hip hop and the Caribbean inspired music every Sunday night on Power 92.3 Chicago from 10pm to 12 Midnight.

AfroZons is the mastermind and creation of media personality, and host is international Public Relations guru, Sheila Okonji-Ashinze—known to her followers as ‘Sheila O.’

The host of the two-hour weekly spotlights rising and established stars in music, fashion, and entrepreneurship. In its short time, the demand for Afrobeats has secured eight markets on key Urban radio stations bridging the gap between American and African music scene.

A graduate of the University of Westminster in London, Okonji earned her B.A. in Marketing and Public Relations, breaking into the entertainment business before she was 18.

“When I first graduated, I knew I wanted to be self- employed. I worked for British Telecom to pay the bills through college. After I graduated, I started my own P.R. company, ZONS P.R., in London. I was also fortunate to work with Kanya King, who is the founder of the MOBO Awards (Music of Black Origin). It’s the number one awards show in London; it goes head to head with the BRIT Awards,” she says. “I learned a great deal under her. I learned how to write my first press release. I learned how to book and work with talent. I told her one day, ‘Kanya I want to take international artists to the motherland—to Africa to do concerts and shows.”

Having the ‘gift of the gab’ and spending numerous hours back on the campus of her alma mater, she utilizes the school’s library, researching the American market and its influence on her homeland. 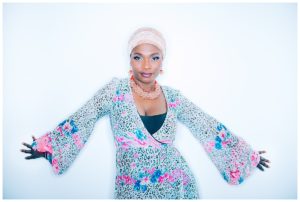 Born in Lagos, Nigeria Okonji and her family moved to London when she was in her teens. Education was an essential foundation in her family, and she worked her way through college.

Before the influence of social media and digital access to pull numbers, she worked on a presentation. “I went to Nigeria and pitched a concert idea called ‘Star Maker Jam’ to Heineken. I had them come to London the MOBO Awards sitting them right next to Usher, Beyoncé, and different artists.” After a year of going back and forth with the beverage giant, they greenlit her tour. She says happily, “That’s when I first had my first concert and made my first million.”

“I want people to know it was possible. I was young and self-raised. I started bringing artists back and forth. With my degree helped me a lot because I was able to put together decks. I would do the research. I was everything,” she explains. She gradually brought artists into beautiful coastal cities such as Ghana, Kenya, Tanzania, and Angola.

As she would bring more prominent name artists to various cities, she said it wasn’t long before the agencies took notice.

“The big wigs came after me, such as ICM, Williams Morris Agency, CAA—the big American talent agencies. They thought they could come into my market and do shows themselves, but it didn’t work. My people (African people) have an understanding when it comes to business—we prefer to pay late,” she says. “The agencies want their money now, and it doesn’t work like that—the promoters take their sweet ole time, and they’re loyal.”

One of her most memorable clients was working with Jay Z and the United Nations on his first multi-national tour of Africa.

“He chose a water project because he’s very compassionate about the kids out there. Jay was very emotional when he landed. Beyoncé was there with him, but they weren’t married yet. He did seven countries with me. That was a

very great tour,” she says. As the tour progressed, Okanii says she had a profound respect for Beyoncé as the Houston- bred singer learned the National Anthem for most of the countries while on the plane.

She noticed her ability to learn quickly, including understanding her accents and dancing with the natives. “We went to Tanzania, and she wanted to go on the safari. I wasn’t just doing the concerts—it was also showing them Africa, and this is where you’re from. They stayed about three days extra so they can see the safaris, the people and cultures,” Okonji remembers.

The concert promotions and talent touring business have significant challenges, were there obstacles as one of the few women in this field?

“Of course, I am female. It’s not been easy, especially on the African side, mostly because it’s very male-dominated. It’s opening up now, but then most African men believe your presence is in the kitchen.”

Having established ZONS TOURS and her public relations firm, she married and moved to Chicago. She and her husband have three beautiful children. “When I moved to Chicago, it was a challenge for me because I was wondering, ‘What do I do?’”

As she settled in, she noticed the disconnect between Black American culture and her native roots. “I said to my husband, ‘You know what? Why isn’t American not feeling Afro Beats? What’s different?’ He said, ‘London is less than six hours away from America, and they get it.’ AfroZons is super big there. I introduced the very first African category at the MOBO awards,” she says. “After I did that, the BRIT awards and MTV launched it on their platform.”

She made the commitment and with the same rigor wanted to introduce some of the younger African artists here.

The first priority was establishing a radio program to target a wider audience—on a radio format.

“I was lucky to meet with the team at Power 92—Patricia Edwards and Jay Alan. He couldn’t get me to shut up,” she laughs.

“I’m trying now to educate and hire more people on the touring side of things so I can focus on the radio side. I’ve built this trust among significant companies out there and also the artists who find a business for me today,” says Okonji. An established syndicated show, AfroZons is currently aired on SiriusXM HUR Voices 141 and markets—Houston, Charlotte, Miami, Washington, D.C., and Bethlehem, PA. 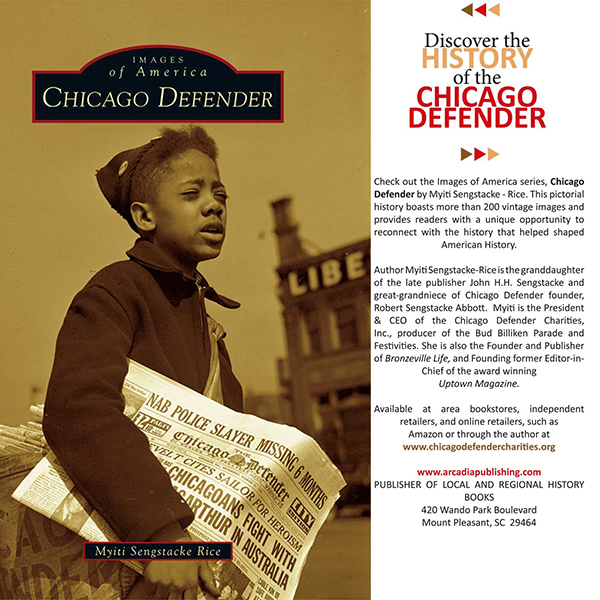