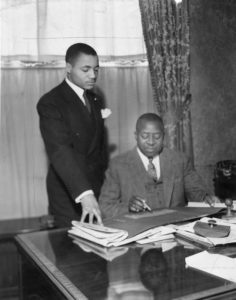 The launch of our second issue of Bronzeville Life brings so many reasons to celebrate. We are celebrating change; moving into a new office, a new team, a fresh perspective on business and a name change. Yes, I said it…we are changing our organization’s name from the Chicago Defender Charities, Inc. to the Robert Sengstacke Abbott Foundation!

We are inspired by Mr. Abbott and the legacy that he left behind. With that in mind, it is only fitting that we would rename the “Charities” after the founder of the Chicago Defender Newspaper-1905 and the Bud Billiken Parade-1929. With undaunted courage, he heralded the Great Northern Migration that led thousands from the Jim Crow South to the North for opportunities that otherwise did not exist for African American’s at the time.

As we embark on a new year, we are also celebrating 90 years of the Bud Billiken®Parade. Always representing back to school, always occurring on the second Saturday of August! It’s a gem that has brilliantly and sometimes defiantly stood the test of time. The manifestation of the far-reaching vision of the founder stands at the threshold ready to uplift yet another generation. 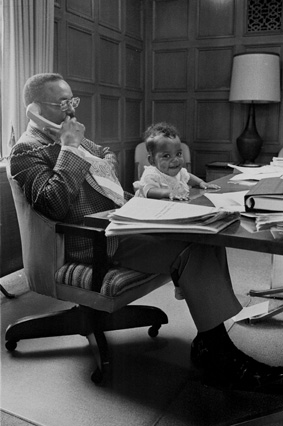 Bronzeville Life is a huge part of that legacy, birthed out of a desire to build on one hundred and fourteen years of highlighting, uplifting and encouraging Black excellence. For me, it is an honor to be the fifth generation of the Abbott-Sengstacke family to publish and the fourth generation to run the Bud Billiken Parade.

Bronzeville Life is not about geography…it’s about a lifestyle! Throughout our publication, we are building on the vision of our forefathers. Mr. Abbott’s love of humanity is the thread that connects across time and space from his heart to ours, and gently asking the question, what will your legacy be?

We sincerely wish everyone a blessed Holiday Season and a prosperous New Year!