Founded in 1911 on the campus of Indiana University Bloomington, Kappa Alpha Psi Fraternity Incorporated established itself as one of the nine Black Greek Letter Organizations in the United States. Eight years
later, on April 17, 1919, The Chicago Alumni Chapter (CAC) was chartered in Chicago, IL, becoming the first alumni chapter in the fraternity’s history. After migrating to a bustling Chicago, Byron K. Armstrong, founder of CAC, identified and gathered a select few of esteemed men who were excelling in their chosen vocational fields to form the alumni chapter.

“He believed that based on his observation that this was a proper time and place to establish a chapter, an alumni chapter of the fraternity because we didn’t have one that existed before that time frame. At that time the fraternity did not have a vehicle in place for alumni members of the fraternity to matriculate to after they graduated from their undergraduate institutions and remain active with the fraternity,” says Grand Historian Kevin Scott.

In their 100 years, the CAC has led and contributed to a great deal of individual and collective historical accomplishments that have helped shape Black history in Chicago, the state of Illinois and throughout the United States. Their impact on the black community extended through several spheres of influence —members of the CAC were responsible for Liberty Life Insurance, the first insurance company owned by blacks in the north; Burr Oaks Cemetary, one of the few places where blacks could bury their deceased; and Robert Taylor, who fought for Blacks to receive low-income and affordable housing, was one of CAC’s very own. “Also, the millions of dollars we’ve raised for college scholarships and the numerous young men we’ve mentored across the city and all of the buildings and other institutions in the city that are named after many of the members of the Chicago Alumni Chapter,” says Kevin
Scott of CAC’s contributions to society. 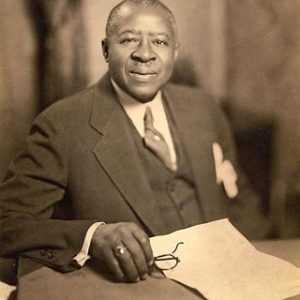 Robert Sengstacke Abbott, thru the Chicago Defender, was the primary driving force behind the Great Migration. He was a Charter Initiate of the CAC, and a part of the very first group of men selected to pledge the fraternity under
the new Chicago Alumni Chapter. Abbott is also the father of the Bud Billiken® Parade which celebrates its 90th year this August. The CAC’s impact within Chicago is rich and deep.

“Although our race has endured many hardships throughout the years, it is especially satisfying to be a part of an organization of African American men who have persevered through trials and tribulations through the course of 100 years. It is a noteworthy milestone to be able to achieve. There are not many things we can say lasted 100
years and are still thriving and relevant and look forward to lasting another century,” says Kevin Scott.

Kappa Alpha Psi’s contributions to Black history flows through the roots of the organization, but at their core, it is the brotherhood that keeps them strong. “The circumstance that our founders found themselves in at Indiana
University, they knew they would need to form a bond of support to help them achieve, so this concept is ingrained in every aspect of our indoctrination period and beyond. Throughout the fraternity we believe once we really get to know one another, we establish a bond of togetherness that transcends the general group concept and allows us to work together to accomplish a goal at our highest level,” says
Kevin Scott.

The CAC has consummated that goal in every phase of their 100 years. “All other alumni chapters were born out of our presence and our success. We were the blueprint from which all other Kappa Alpha Psi alumni chapters were created from. It’s a remarkable legacy that there are 418 alumni chapters worldwide and across the country,” Scott explains of their legacy. Legacy, brotherhood, and service seem to be the legs on which this organization stands on.

Recently, the CAC celebrated their centennial with week-long events which ran from April 14th and ended on April 20th. There was a variety of events for the members of Kappa Alpha Psi that were opened to the
general public. One of the public events included their “Ole Skool NU Skool party” which took place at the Palmer House Hilton. To find out more about their centennial events, you can visit their website: https://www.
chicagoalumni1919.org/.