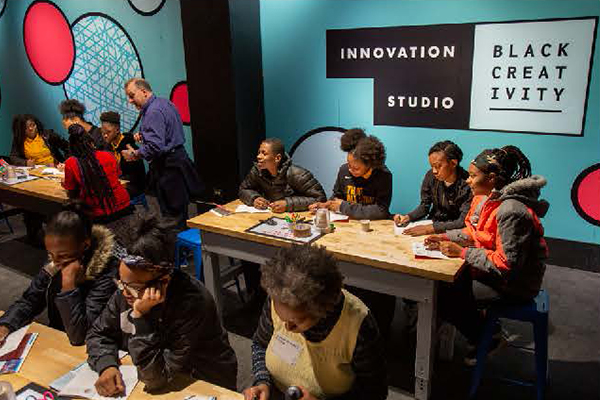 The year was 1970. America, still reeling from the tumultuous decade of the 1960s, struggled to give space to a new generation possessing an unfamiliar consciousness. An irrepressible spirit of freedom had emerged. The preceding decade of social and political agitation was not lost on the African – American arts community. It moved seamlessly into this brave new world because its vision was not clouded by naiveite. The love and courage of those in their midst who were fighting for the survival of the soul of a people and of a nation, thoroughly permeated their work.

Through the literary, visual and performing arts, the world was touched by Black creative, innovative and life affirming genius. Their work was birthed from a determination not to succumb to oppression, but to hold captivity captive, defiantly redefine it and reintroduce it as Black Gold.

Chicago, graced with an abundance of such artists and innovators, was the perfect environment to see and experience this phenomenon. The atmosphere was electric, charged with intellectually stimulating conversation and unforgettable characters. Youth exposed to both the wisdom of the ages through recommended reading and the wisdom of street teachers and philosophers, were filled with a curiosity that served them well. They were witnessing a societal shift. They were the generation that would carry that legacy in their hearts and further the cause by their contributions to the twenty first century. 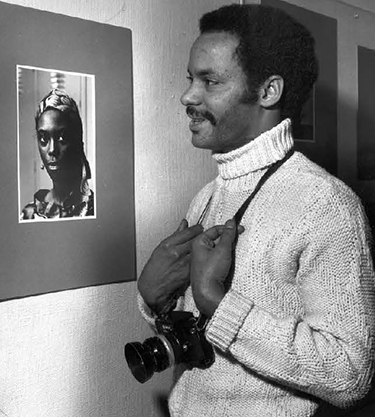 In 1970, Black Esthetics, now known as Black Creativity, found support within the business community, took root and began as an arts and cultural festival in collaboration with John H. Sengstacke, publisher of the influential Chicago Defender newspaper and Dr. John Hope Franklin, a history professor at the University of Chicago and MSI board member. The program founders were; Earl Calloway, the Chicago Defender’s fine arts editor, photojournalist Robert “Bobby” Sengstacke the son of John H. Sengstacke, and Douglas R. Williams, artist and director of the historic South Side Community Arts Center.

Young artists, photographers and musicians from Dunbar and South Shore High Schools were among the participants.

The Museum of Science and Industry, Chicago (MSI) marks 2020 with a new exhibit, Black Creativity: 50 Years. This gallery is a visual timeline that shares the story of the program’s creation and highlights the innovators whose work pushed boundaries in the fields of science, technology, engineering, art and medicine.

Since 1970, Black Creativity has included a robust series of exhibits, experiences and events, encouraging guests, especially students, to realize their full potential in creative and scientific fields. 50 Years shares key moments in the program’s history with photos and artifacts, as well as highlights the achievements of African-American ground breakers including:

Charles A. Harrison: An industrial designer who redesigned the View-Master toy to what we know it as today.

The Museum of Science and Industry’s team of professionals has worked tirelessly behind the scenes to create an experience that will educate, uplift and inspire.

Tiffany Malone, Arts and Creativity Manager, in commenting on her work that includes the Juried Art Exhibition, says there are more than 200 original works of art from the Chicagoland area and an increase in submissions nationwide. The Juried Art Exhibition is one of the original experiences of Black Creativity, and the longest running exhibition of African- American art in the nation.

Angela Williams, Deputy Director, Creative, has brilliantly designed a Retrospective Exhibition that showcases historical contributions in the fields of Art, Science, Technology, Engineering and Medicine. Attendees will enjoy walking through highlights of the remarkable 50 year journey of Black Creativity. 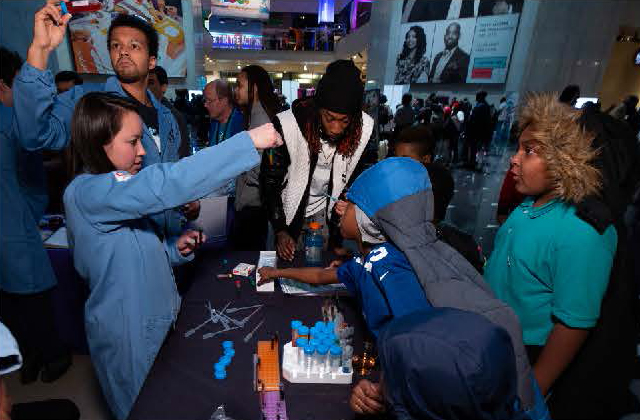 Black Creativity at the Museum of Science and Industry

The program includes Innovation Studio, a hands-on workshop for young people to become inventors by designing a prototype; the Innovator Gallery, which celebrates Chicago professionals in scientific and creative fields; Jr. Science Cafes and the Career Showcase, which connect students with diverse career paths.

“The Museum is deeply honored to have been entrusted with the Black Creativity program from the very start. We couldn’t be more grateful for the support and collaboration of our Black Creativity partners as we celebrate the 50th anniversary together; we’re excited to continue highlighting African-American achievement and inspiring youth to follow their passion into careers in STEM and the arts.” – Dr. Rabiah Mayas

Octavia Hooks, Corporate Major Giving Officer, has remained an outstanding fundraiser for many years, ensuring that the Black Creativity Gala continues to be a source of significant support for the program and its events.

The 2020 Black Creativity Gala is Chaired by Dr. Cheryl Whitaker, CEO and Chairwoman of NextLevel Health Partners, Inc., Dr. Eric Whitaker, Founder and CEO of Zing Health, Inc., Joe Dominguez, CEO of ComEd, and Cheryl Harris, Senior Vice President of Sourcing and Procurement Solutions for The Allstate Insurance Company, this celebration will not only honor the past, but usher in a strong future for Black Creativity at the Museum of Science and Industry.

About the Author: V' LA