Since the Great Migration of Black southern voices descended on the low-end of Chicago’s Southside, there has been a strong presence of Black leadership. From Civil Rights to Black nationalism, the number of stakeholders contributing to building the foundation in our community over the last six decades is leaving their marks. Their physical presence may not be here, but their work, sweat, and tears are lasting and hopefully will not go in vain in the next generation of leaders.

The year 2020 would be remembered for not only how a pandemic made the world kneel on one knee but also the fearless warriors who fought hard to preserve and guard our narrative as Black Chicagoans. 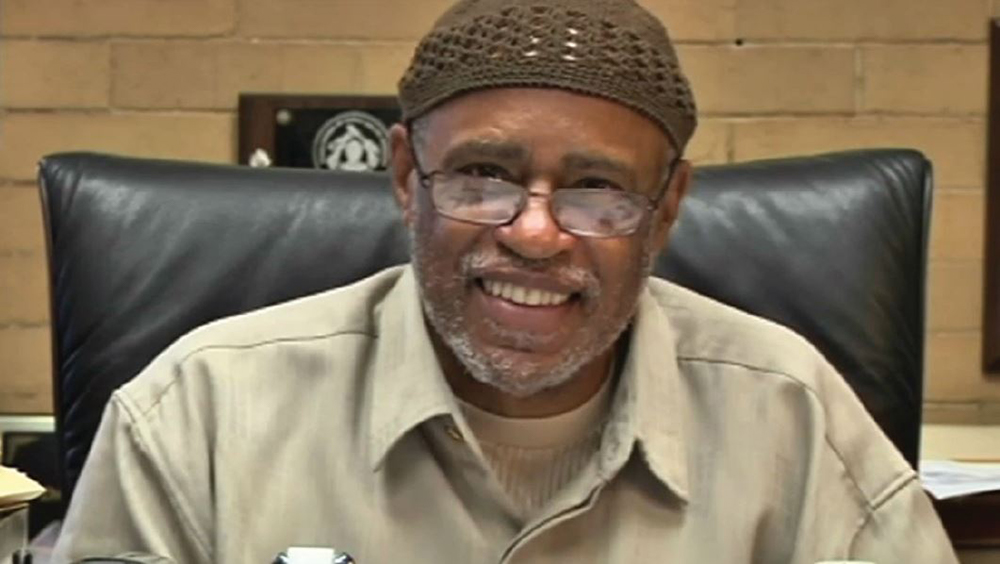 Worrill was born in Pasadena, Calif., in 1941. Worrill told The HistoryMakers that his mother, Anna Bell, was the first African American to sing in the Pasadena Philharmonic Orchestra. Walter, his father, was a college-educated YMCA manager. Worrill›s family moved to Chicago when he was nine years old. He was drafted into the U.S. Army in 1962 and served in Okinawa, Japan.

Upon his return to the U.S., Worrill attended George Williams College, where he earned his B.S. in Applied Behavioral Science in 1968. He went on to earn his M.A. in Social Service Administration in 1971 from the University of Chicago. Worrill earned his Ph.D. in Curriculum and Instruction at the University of Wisconsin-Madison in 1973.

Worrill joined the faculty of Northeastern’s Department of Inner City Studies in 1976. Over the years, he taught many students in the Inner City Studies (now Urban Community Studies) program and served as the program’s department chair and academic coordinator. He served as the director of Northeastern’s Jacob H. Carruthers Center for Inner City Studies (CCICS) in Bronzeville, which he helped establish with Drs. Jacob H. Carruthers and Anderson Thompson. The trio also started an Annual Study Tour at Northeastern. In 1977, under the leadership of Carruthers, the Center took more than 40 students to countries in Africa for 21 days. Proceeding trips had students from CCICS travel to other countries in the African Diaspora to learn about the impact of African people on civilizations over the world.

“I’ve had an opportunity to see how an off-campus community enterprise that started out of a funded program from the Office of Education became an institutionalized part of Northeastern Illinois University,” Worrill said at the time of his retirement. “There’s a foundation that can be built upon and expanded from what’s already been laid.”

“Dr. Conrad Worrill was a giant on the front lines of the fight for the humanity of and justice for Black people,” Evans said. “His impact and his reach extended to places around the world, but it was his work in Chicago, at the Carruthers Center for Inner City Studies, where he helped to educate and transform the lives of countless students and community members with his words and by his deeds.”

Worrill’s research and writings have advanced causes in educational restructuring, human rights, reparations, and political and economic empowerment for the Black community for more than half a century. When Worrill retired in 2016, he was named Professor Emeritus. Before joining Northeastern, Worrill was the coordinator for Urban Programs and Assistant Professor Institute for Environmental Awareness at George Williams College.

Worrill served in leadership roles in numerous organizations, including the National Black United Front and the Black United Fund of Illinois. He also was active with the National Coalition of Blacks for Reparations in America (N’COBRA) and was a special consultant for 1995 Million Man March. In 1983, Worrill helped organize to elect Chicago’s first Black Mayor, Harold Washington, and co-founded the Task Force for Black Political Empowerment. He traveled to Geneva, Switzerland, in 1997 with a delegation to formally charge the U.S. government with genocide and human rights violations before the Commission on Human Rights. He also presented the petition to the United Nations and, in 2001, led a 400-member delegation to the U.N. World Conference Against Racism in Durban, South Africa.

He is survived by his wife, Arlina Worrill, and his daughters, Femi Skanes, Sobenna Worrill, Michelle Worrill and Kimberley Aisha King. 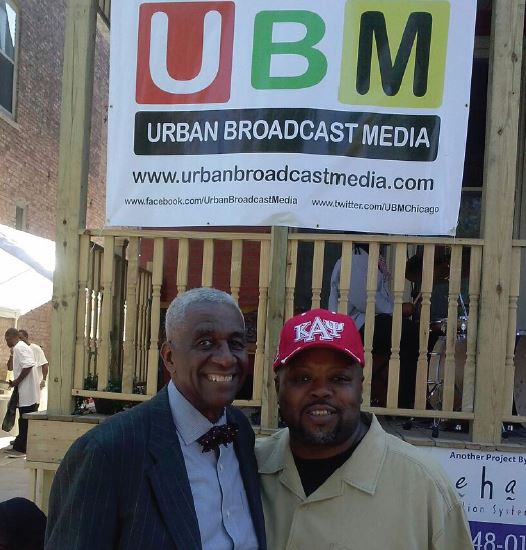 Born in Louise, Mississippi in 1938, Rev. Dr. Leon D. Finney, Jr. has devoted his professional life to the revitalization of urban communities. Dr. Finney was the founder and Executive Director for the Woodlawn Organization, a community development initiative. His leadership of The Woodlawn Organization and its $90 million in real estate investments has motivated many other communities to initiate similar Community Development programs.

Dr. Finney founded the Christ Apostolic Church and served as pastor. He has taught at the University of Chicago, Lutheran School of Theology, the University of Illinois and Northwestern University, Presbyterian Theological Seminary as a professor of African American Leadership Studies and Executive Director of the African American Leadership Partnership (AALP). Dr. Finney was also the Chairman and Principal of the Lincoln South Central Real Estate Group, Inc.

Dr. Finney has served as a vice-chairman of the Chicago Public Housing Authority and chairman of the Monitoring Commission for School Desegregation for Chicago Public Schools. He has also served as a board member for the Chicago Planning Commission, Broadcast Ministers Alliance, and Council for a Parliament of the World’s Religions. Dr. Finney has written several publications on Economic and Social Development in our cities, including Urban Disinvestment: A Counter Strategy for the U.S. Department of Housing and Urban Development, Neighborhood Economic Development-Myth or Fact, and TWO Model Cities Plan. Dr. Finney has received various awards and honors for his professional and civic work. 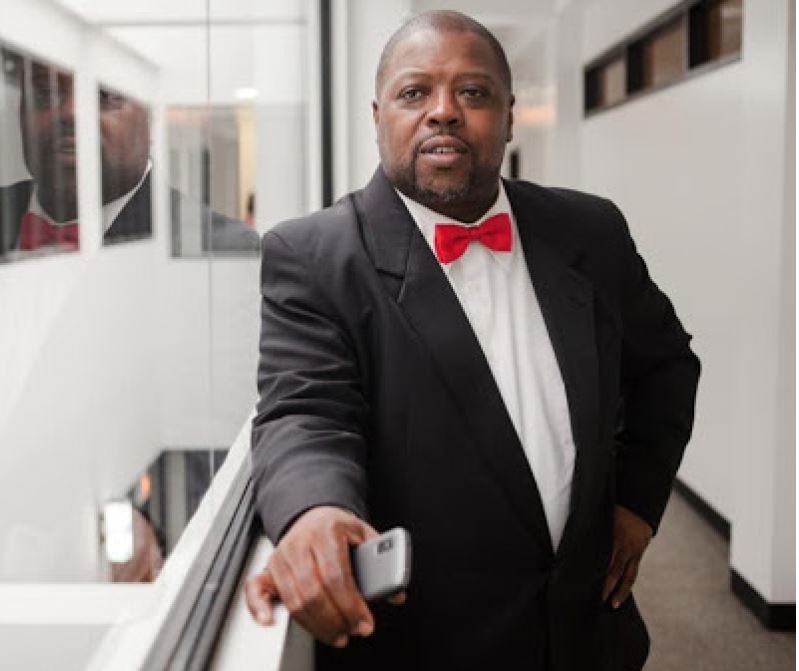 Mark Allen founded National Black Wall Street Chicago, NPF, in 2013. Its emphasis was placed on assisting the community in identifying, collecting, publicizing, and preserving information related to any aspects of consumer education and consumer action.

Most notably, Allen hosted an online podcast giving a platform to a long-range of guests from politicians, faith leaders, artists, activists, and business people. His famous mantra, “Hear My Voice,” was elevated on Urban Broadcast Media and recently on Know1Radio.com.

Born and raised on the Southside of Chicago, Allen was the second of three children.

He attended Oglesby Elementary, which only had students up to the sixth grade, Stagg Elementary up to 8th grade. At 12, Allen would stun the city by running for Mayor of Chicago and become active in the community launching “Help the Community,”; a campaign targeted at cleaning up the block. He would go on to attend Chicago Vocational High School, where he would graduate. In 1980, Allen would be voted “Most Popular” and “Most Talented” by school mates. Along with his singing talents, Allen was active in politics and would encourage his peers to participate.

While in high school, he joined Operation Breadbasket, Operation PUSH, and Rainbow PUSH Coalition, working with Rev. Willie t. Barrow and Rev. Jesse Jackson as the organization became a powerhouse in social and community causes. He furthered his education at Western Illinois University; he earned his B.A. in Communications in 1984. Later, Allen pledged Kappa Alpha Psi Fraternity, Inc. at the Chicago Alumni Chapter in 1986

Alen was nominated for several recognitions throughout his youth, including the NBC Junior Hall of Fame and the Ebony, Jr. award. He appeared on his fraternity brother Harry Portifield’s award-winning program, “Someone You Should Know.” Working as a Youth Coordinator for the historic 1993 and 1987 campaigns for Harold Washington, the city of Chicago’s first Black mayor. Rev. Al Sharpton once hailed Allen as one of the best field organizers of his generation.

His love for radio and communications would land him a radio D.J. slot as the youngest teen D.J. at WIUM-FM, where he would host “The Soul of Macomb Show.” His journey would continue hosting several shows on WVON.

Among many of Allen’s achievements, he founded the Rev. Willie T. Barrow Consumer Education and Consumer Action Project of National Black Wall Street Chicago. Founder/Leader Organizer for the Illinois Voter Restoration Civic Education Project; Chief of Staff to Michael Carter; National Chairman of National Black Wall Street USA; and Chairman of Community Reinvestment of The Monroe Foundation with the Illinois Department of Human Rights and other prominent organizations.

Allen is survived by his brother Minor Jones Allen; his sister, Michele Renee Allen-Marsh; a daughter, Dania R. Allen, and a son, Markus R. Allen, along with a host of family.