MEGAN THEE STALLION, BILLIE EILISH, AND ARIANA GRANDE – How Today’s Hottest Artists Might Influence the Election More Than You Realize 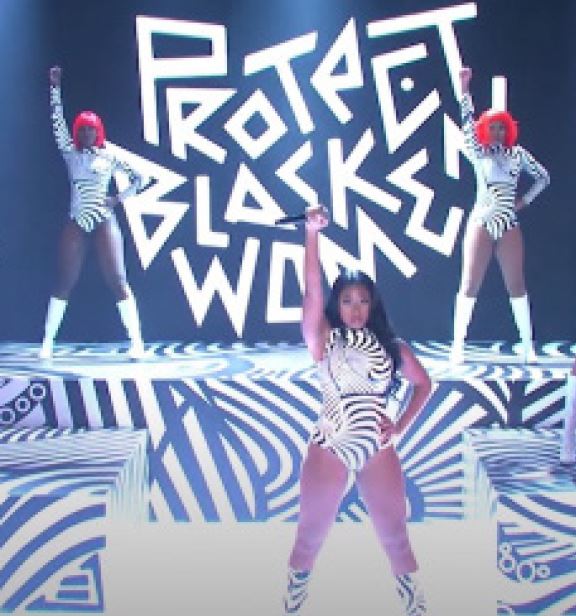 The 2020 U.S. presidential election is fast approaching. Megan Thee Stallion—who was just added to this year’s Time’s 100 Most Influential People—is one of several artists using their big platform to urge eligible Americans to register and vote. At first glance, this doesn’t seem like a big deal, but it could be, especially this election year. Billie Eilish, Ariana Grande, and Selena Gomez are some other hot artists who’ve shared a similar message on their socials: vote. But, their engagement is deeper because of who they’re talking to and why they’re doing so. Celebrity influence in politics and voting doesn’t decide outcomes, but it can make a big difference. In 2008, for example, Oprah Winfrey—who has made it on Time’s 100 list several times—endorsed Barack Obama. This led to increased voter participation, more contributions and an estimated 1 million additional votes. Some studies have found that people find celebrities more trustworthy than politicians. A lot of celebrity influence comes down to how much people and how many people trust a given celebrity. But, there’s something else playing an especially important role this year in why celebrities are urging people to register and vote. In 2020, there’s an urgent focus on getting young people to vote, who historically have a low engagement rate. Celebrity influence in politics can be huge, especially when a celebrity is targeting a group of people that do not typically engage with politics. Thus, celebrities this year could greatly influence young voters who, in turn, could greatly influence the election. The Numbers & the Youth Young voters are greatly outnumbered by older voters who tend to be more conservative and white, two demographics that were key to President Trump being elected in 2016. That same year, less than half of people between the ages of 18 and 29 turned out to vote, according to Census data. 18 BRONZEVILLELIFE.COM | FALL 2020 ISSUE

The number of young votes this year, however, is predicted to increase based on data like a Harvard poll which found 63% of young voters saying they will “definitely vote” this year compared to 47% who said they would vote in 2016. The poll, however, does not explore or quantify the different influences the pandemic, the economy, racial inequality, and social media have had on increasing young voter engagement.

Young voters today are more racially diverse than any previous generation, more open to change, more liberal, and more likely to favor former Vice President Joe Biden. Despite the results of the Harvard poll, young voters are still, historically, less engaged. Because of this, celebrities may be able to greatly influence the election if they influence more young people to vote.

Megan called out to her fans via Instagram with a video telling people to vote, which received over 1.2 million views. She also set the link in her bio to a sign-up page for More Than A Vote, a coalition of Black athletes and artists fighting a longstanding war against racism and systemic voter suppression through education and empowerment.

Megan Thee Stallion is just 25 years old herself. Her move to encourage voters may have large implications because her fan base is mostly made up of young people. This is a perfect example of how a celebrity can target their influence towards a group that’s typically less engaged in politics.

By analyzing her Instagram statistics, where the video was posted, it’s possible to consider her current impact and think about potential impact in the weeks ahead. Here are some key numbers based on Chartmetric data.

Most of Megan’s millions of followers are in the exact age range of young people being encouraged to register and vote this year, especially because of how they can influence who is elected president this November.

Other hot artists, including those with bigger followings, also shared election-related and political messages on their platforms.

Mid-August, Billie Eilish released a video urging people to vote and endorsed Joe Biden. Her video racked in over 11.6 million views of her 66.9 million followers. The link in her bio is also set to a link tree with various voter registration websites for people to use. Unlike Megan, however, Chartmetric data. shows that only 25% of Billie’s Instagram fanbase is U.S. based.

Other top-followed music artists on Instagram like Ariana Grande (203 million followers), Selena Gomez (194 million), Justin Bieber (148 million), and Katy Perry (107 million) have not posted their own videos urging voters to turn out. But, they have each shared content encouraging voter engagement whether that’s a list of voter registration deadlines, clips of “Whose Vote Counts, Explained,” or National Voter Registration Day posts.

Due to a lack of research exploring current effects of social media and political engagement with young populations, it is unclear exactly how much celebrities can influence voter engagement and votes for candidates via social media. However, previous research suggests celebrities could have a sizeable impact on increasing young voter turnout simply because young voters historically do not turnout. They are a population to be a moved, and they are the hope for many this election to drive the votes towards Biden.

As voter registration deadlines and November inch closer, the power of celebrities to influence the young vote will continue playing a special role in the outcome of this most consequential election. Very soon, the impact of these efforts will become clear.

A previous version of this piece was published on Forbes online.

About the Author: Andrea Bossi