Nikki Hayes: Speaking Up and Speaking Out

The system wasn’t set up for Nicole ‘Nikki’ Hayes to win. As the President of the LiUNA Local 1001 an affiliate LiUNA (Laborers’ International Union of North America), she leads one of the largest unions in Chicago representing 2000 City of Chicago employees.

Hayes has been shattering the glass ceiling since she was nominated 13 years ago. Don’t let her 5 ft 2” frame fool you; she is a powerhouse around union circles, advocating for her members and ensuring a smoother transition for women in management positions.

But for the past seven summers, she has transformed into her role as owner of Pier 31—the only café located at 31st Street Harbor. The popular waterside hangout is a favorite summer venue for live entertainment and allows local residents easy access across Lake Shore Drive to patronize their business.

She said the dream to own a restaurant first began 18 years ago.

“I applied for a concession stand at Rainbow Beach. At the time, it was a first field house they had rehabbed. They called and verbally told me that I got the concession and then two hours later, they called me again and said they decided to go with someone else with a little more experience,” Hayes says.

Disappointed, she didn’t feel compelled to pursue another opportunity with the city until almost a decade later.

“Nine years ago, one of my girlfriends and I was doing a staycation with the children on the trollies, and the cart pulls up in front of the Field Museum. It was a hot dog stand, and I asked my friend, do you know how much money he makes selling hot dogs there? She didn’t have an idea, and I answered, ‘he makes a $1 million a year off of concession sales.’ She was shocked.”

“She said we should open one. Been there, done that. She kept on calling me, and I said, no. She called me one day, and I was sitting at my desk. I looked it up, and it was the last day for the application. The application at that time was straightforward and one page. I had to give them my vision. I applied and faxed my form. They called me in for an interview,” she says. “I went to school for architecture, so I ran into a friend and told him about it. He advised me to take the rendering with me.” 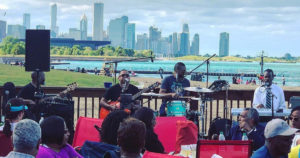 Hayes and then-business partner, Kim Williams went to the interview and presented their ideas and use for the space. They were granted the location. Surprised, they couldn’t believe they would take on this new business venture. Both women had full-time jobs. At first, there were challenges with constructing the deck and making sure the finances were in place, she said, but with the grace of God and good relationships, they accomplished it.

Now, as Pier 31 expands to the River Walk District along the Chicago River, she’s excited to bring the same lively festivities which has kept the first location going strong. As an African American business owner, the Pier 31 holds significant meaning when 100 years ago, it was the same beach where the 1919 Race Riots claimed the lives 38 and 500 injured.

Racial tensions were high, and a century later, she deals with similar pushback from non-Black neighbors when there is a significant number of Black and Brown people at the beach.

“I don’t think it’ll be much different, especially being in a space where some people don’t want you there. It changed in the beginning at Pier 31. Many people didn’t know the struggle I had in the beginning. I had a CPD Commander banging his fist at me on the desk one day,” she said.

Regardless, she makes sure to maintain her composure during these moments. She asked the Commander, ‘Where is all of this anger coming from?’

From SWAT teams showing up at the beach afraid of the predominately African American presence to having a loud voice among neighboring opposition—Hayes is not a stranger to standing her ground.

A Westside native, her journey began growing up between the Westside and Southside communities. “My mom and dad were next door neighbors in the Union Park neighborhood. They grew up there and got together and had my sister and me. My grandmother moved from there to the Southside.

After her parents divorced, she was faced with commuting across town to Lane Tech High School. It was at high school, where she experienced reverse racism with one of her teachers, an African American male give preferential treatment to one of the white students over Black students.

It was her first time coming face-to-face with this type of treatment from someone who looked like her. Her mother, a Black Panther, taught her and her siblings at an early age to let their voice be heard.

“My mom was a Black Panther, Black thinker. You have to speak up. She was a powerful woman. It’s funny what your parents put on your children. When I talk to children, I say ‘Speak up, look up’ because that’s what she gave us. So, I see that, and I know what that can provide you. That gives you so much power. When looking at someone, you tell them what you want. Whether it’s right or wrong, it’s your wants.”

“We eventually moved back to the Southside. That’s how I grew up between both neighborhoods. Where we grew up on the Westside, it was rough, so I grew up fast. Today, I can say it was probably the best thing going through it.”

After graduating from Southern University in Baton Rouge, Louisiana—Hayes returned to Chicago. The mother of three was encouraged by her then-husband to apply for a city job. She was hired to work in the auto recovery division, where she was promoted throughout the years in management. As a union member, a fellow colleague encouraged her to consider running for union representative of Local 1001. She said it was the best decision she could’ve made.

Paving the Way for Women

As the first African American women President of Local 1001, Hayes says it’s vital to encourage more people of color to come up with her. “In deputy and commissioner roles, there aren’t many women. There are people that I’ve grown with through the city and who made it to management. My goal is having more women in control and at the top. When the city passed maternity leave for deputies but not the workers, I couldn’t believe it,” she says. “You have women on the street working, but we can’t get paid for two weeks? They eventually allowed men to take off but without pay.”

It’s easy to understand why Hayes is highly respected at Local 1001 and in her dual role as a business owner at Pier 31. As people look forward to another summer at Pier 31, she says it wouldn’t be possible if it weren’t for her customers.

“It’s a family affair. I have more customers helping me clean the deck up and stack the chairs. They help me pick up the trash because they don’t want any drama. I get a kick when people come up to me and ‘say thank you, you make your place feel like ours.’” 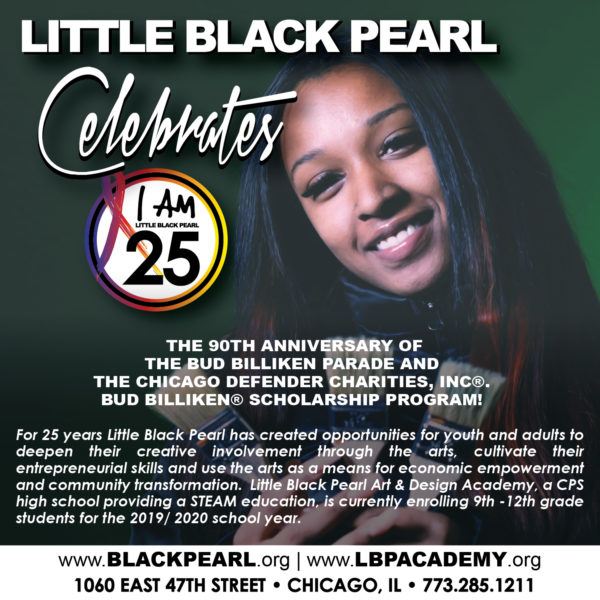